“Who persist reaches”, is perhaps a very trite saying, but it became a reality for Daniel Salazar, who, with countless stumbles, falls and mistakes, managed to sculpt the pillars that led him to become the successful entrepreneur today.

He was born in San José, Costa Rica, on April 10, 1984; he studied elementary school at the Elías Jiménez Castro School of Excellence; high school at the Liceo de Costa Rica; Monsenor Rubén Odio Herrera and he did an exchange at the Nichols School in Buffalo, New York, when he was 15 years old.

From a very young age, he speaks English, he did several courses in computing and customer service, he also studied Systems Engineering at the Latin University of Costa Rica, but he did not finish this degree because he realized that it was not what he wanted to dedicate the rest of his life to. Life, however, opened the doors of many companies that led him to acquire the experience that he now puts into practice in a family business.

From a very young age, he thought about dedicating himself to tourism and wanted to study it as a university degree, however, social pressure led him to other horizons. His first job was as a reservation agent for a tourism company, but when he achieved a better level of English, he started working in an American company in customer service, then he collaborated and acquired a lot of administrative experience as a customer service agent for Call Centers, where he became the leader and supervisor of a team with more than 40 workers in charge. 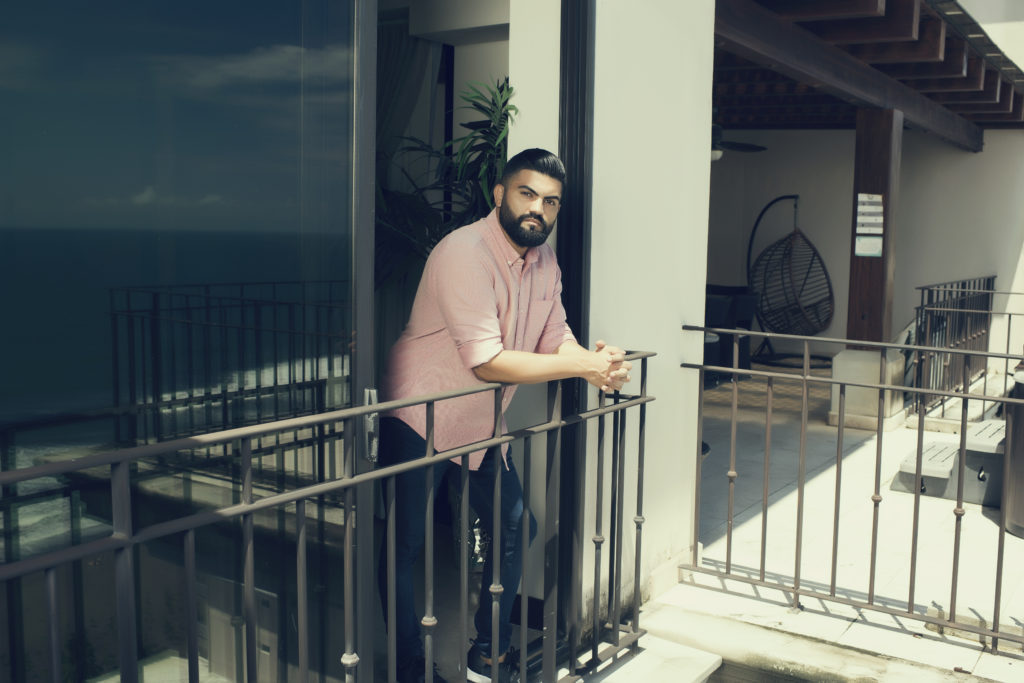 For other people, Daniel Salazar had a determined life: a young single man, with a good job, well-paid salary, and many comforts, however, he did not feel satisfied. Making the decision to leave a stable job was difficult, but an internal voice always repeated that he was capable and that he could achieve it, no matter how many barriers he encountered along the way.

That was how in 2009 he decided to take on the challenge, took his life savings, and a suitcase full of dreams to move from San José to Jacó and joined his brother Christian Salazar, who a year earlier had decided to start his own business: Costa Rica Holiday Rentals, which he did not hesitate to bet on because, in addition to the blood ties that unite them, he had full confidence that they could achieve his aspirations.

In its beginnings, Costa Rica Holiday Rentals, the company that two brothers were sculpting slowly but surely, was only dedicated to carrying out tourist transport. It took more than 8 months to dust off boxes and papers to find the north and begin to flesh out this project. After seven years of hard work by both brothers, the company finally grew, managing to hire staff and continue taking advantage of the opportunities offered by the market.

In 2016 he married Vanesa Angulo and is the father of an 18-month-old girl. From a very young age, he exercises, likes music, running, cycling, playing soccer, keeping fit, and leading a healthy lifestyle.

According to Daniel Salazar, an entrepreneur cannot afford to fail several times because it is very hard to recover and get back on track. Consistency and persistence are his greatest strengths. In a near future, he sees himself investing in Real Estate especially rental properties, expand the family business further, and increase our opportunities.

For this young businessman, life is not a stroke of luck, opportunities are found and you have to know how to take advantage of them, although the gray days were countless, he still remembers them as a bitter drink from a past that is not far from everyone’s reality. Those who one day decide to take charge of their own path and take on the challenge of being an entrepreneur. Those days now he sees as a life lesson, but he does not trust himself and continues to set new goals, which, although he knows it will not be easy to achieve, he is willing to try because in his DNA there is no room for failure. . He never gives up.

Blog – About us – Property Management Jaco